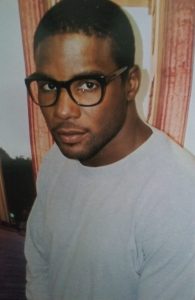 Washington, D.C.’s own, Donte “Tay” Kidd, grew from having problems reading to becoming a gifted penman who’s furnished with a remarkable style of writing that oozes crossover appeal.

The beaten path chosen prior to reaching some point of self-elevation has been a pain-stricken journey for Kidd.  Baring the pressures of hardship drove him to dig deep within himself and discover his hidden talent after learning to read at length.  Kidd’s perusing of fantasy/sci-fi novels was actually the inspiration behind the development of his craft, therefore, arming him with an arsenal of vocabulary that sizzles when put to paper.  His stunning ability to pen in sequence descriptive scenes and formulate relatable characters with distinctive tastes, naturally pulls readers of his work into the presence of the story plots.

For Kidd, getting his work to the public proved to be another uphill battle he would face.  Once he became confident enough in his skill set, he made several failed attempts at seeking publishing options.  This had discouraged him to the point of wanting to throw in the towel.  After awhile of putting off writing, he finally came across a promising, publishing agreement with Bloc Extension Publishing and Bout Dat Lyfe Publications for his forthcoming debut fiction title, The Better 1/2: Conflicted Identity.

For more information, notification of current and future projects, interviews or an open line of communication with the author, please follow him on: Facebook or email him at:  authordontekidd@gmail.com.